Latest Report Says Young People Are Not Attracted to Vaping 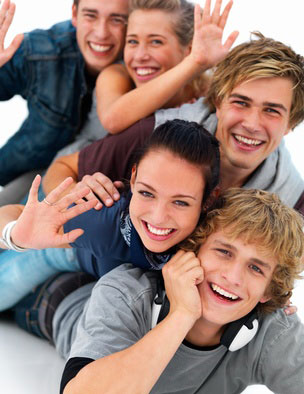 Evidence shows teens and young adults are not affected by e-cigarette advertising. Neither are they being lured into vaping by the attraction of fruit flavored e-liquids. Scientific facts now show that youngsters are not even interested in ecigarettes.

Contrary to the media hype you’ve seen broadcast by anti-tobacco organizations and health groups focused on promoting drugs to quit-smoking, it seems the war against e-cigarettes is losing ground.

The surprising data was presented at the Public Health England Conference on September 17th 2014.

[important]Note: Public Health England presented a 2015 report that said ECigarettes Are About 95% Safer Than Tobacco Cigarettes[/important]

Action on Smoking and Health (ASH) conducted several surveys which asked teens and young people how they felt about e-cigarettes. The detailed tests were given over the course of two years, ending in 2014. 2000 kids between the ages of 11 and 18 participated.

Here Are the Results:

1- ASH found that vaping among young people is very rare. Only 1.8 percent of the youth regularly used ecigs and 90 percent of that small group had been previous smokers before they started vaping.

3- 80 percent of the surveyed youth said they had heard about ecigs.

4- 90 percent of the young people said they had no desire to try an e-cigarette in the future.

So What Does This Study Indicate?

Deborah Arnott, chief executive of ASH maintained that the test results are important because,

“they can reassure the public that electronic cigarettes are not currently widely used by young people, nor are they interested in taking electronic cigarettes up. The small increases in use that have occurred over the last year are almost entirely among children who smoke or have smoked.”

Nevertheless, Ms. Arnott believes e-cigarettes should be sold to those 18 years and older and controls on how they are advertised should be taken into consideration.

Concerned parents will find the ASH report reassuring as they support the following conclusions:

1- Current advertising of e-cigarettes has not attracted teens to vaping. The few 1.8 percent of young vapers (under 18) were former tobacco smokers who decided to try a safer smoking alternative.

2- All the advertising regarding eliquid flavors has no impact on luring young people to the ecigarette market. It is; however proving to be an essential part of attracting adult cigarette smokers to make the change to ecigs.

Carl V. Phillips, researcher, consultant, and Scientific Director of CASAA made this statement.

Anything that lowers the quality [of e-cigarettes] will affect the appeal to both teenagers and adults, in the same direction, even if it were one of these mythical reductions in quality that affects teenagers a lot more than adults.

The Media Needs to Focus on Health Not Hype

Hype, fear and hysterical political posturing sells. That’s why the media prefers to broadcast non scientific reports that have been skewed to include scare tactics. The media needs to look at the real research and the undeniable potential benefits of e-cigarettes to the greater population.

Show Me the Research

Anti ecigarette groups love to say “There is not enough research on e-cigarettes to deem them as safe or effective.”  But positive scientific research has been conducted and more is coming out everyday! The media must acknowledge it has a responsibility to share that news even though it’s merely “good news”. I’ve been a media professional for decades and it causes me dismay that today’s reporters have forgotten how to make good news, sensational news.

You can read more good news about electronic cigarettes and discover the scientific reports confirming their importance for Tobacco Harm Reduction right here on ECigarette News. Check out the Related Links below.