E-Cigarette Flavors That Remind You of Christmas

E-Cigarettes are always in the news worldwide and E-CigaretteNews.net is happy to bring you the good news!

E-Cigarettes Are Better Than  Patches –

It's now old news for those following e-cigarette testing, but the test results from the British medical publication “Lancet” demonstrated that people who vaped e-cigarettes had more success giving up their tobacco cigarette habit than did people who used nicotine patches. The story was shared by NBC News in 2013. 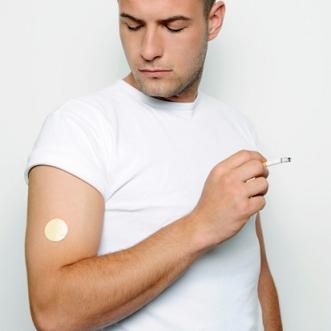 94.3 patch users fail to quit smoking
[pullquote align=”right” textalign=”right” width=”30%”]57 percent of volunteers given e-cigarettes were smoking half as many cigarettes a day as before, compared to 41 percent of those who got patches.[/pullquote]

People who were part of the study were “much more enthusiastic about e-cigarettes than patches”…and why not? E-cigarettes provide smokers with a real smoking alternative as they can go through the physical motions of smoking but  without the smoke, flame, ash or 4000+ toxic chemicals in regular cigarettes. But is that vapor safe to inhale? Scientists are now presenting new tests that will surprise those who were fearful or skeptical.

Why is the FDA Ignoring Studies that Indicate the Benefit of E-Cigarettes For Helping Smokers Quit? 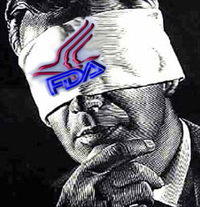 The FDA turns a blind eye
[pullquote align=”left” textalign=”left” width=”30%”]Unfortunately, and embarrassingly for science-based public health policy, our FDA & CDC have been complicit in a widespread disinformation campaign. They purposely ignore studies that indicate the benefit of e-cigarettes for helping smokers quit. [/pullquote]

The FDA has postponed regulating e-cigarettes for months, but time is running out. The good news; however, is that scientists say the FDA is listening to the new reports on e-cig safety – reports that nicotine is not as dangerous as once believed. But will the FDA succumb to the pressures of big pharma who know ecigs are a threat to their own products? Will the agency be swayed by moral prohibitionists who despise anyone who appears to be smoking? Will they squeeze e-cigarettes into the same framework as cigarettes and regulate them so severely that millions of ex-smokers will revert to toxic deadly cigarettes? Let's hope for a good and fair ruling.

Good News Can Be Fleeting 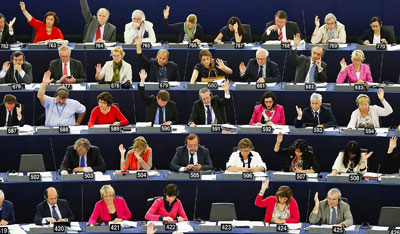 Members of the EU Parliament
[pullquote align=”left” textalign=”left” width=”30%”]British Lib Dem MEP Chris Davies welcomed the Oct. 2013 vote, saying: “E-cigs can be a game-changer in the fight against smoking.”[/pullquote]

In 2014 the EU is showing a change of heart that's no friend to THR. In 2016 e-liquids will not be able to contain more than 20mg/ml of nicotine. The good news is that e-cigarette use is growing exponentially and vapers are also voters.