Why ECigarettes Are 95% Less Harmful Than Cigarettes 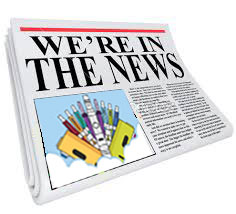 Here Are the Top ECigarette News Stories for October, 2015

Business Columnist for the Times, Joe Nocera, blames the FDA for not permitting e-cigarette companies to make reduced-harm claims when recent reports indicate ecigs are far safer than tobacco cigarettes.

Surprisingly, Campaign for Tobacco-Free Kids' director Matt Myers, a long-time opponent of e-cigarettes, agreed with Nocera adding that it is the FDA's fault for delaying ecig regulations six years and allowing this situation to get out of control.

The scientific community does not dispute the fact that e-cigarettes are safer than tobacco cigarettes; however, the general consensus is that the anti-tobacco movement's treatment of e-cigarettes has misled the public into believing that vaping is just as harmful as smoking. 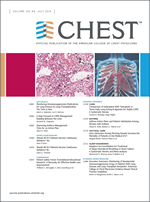 When a public statement by Chest Medical Journal linking a dangerous disease “popcorn lung” to e-cigarette use, it was flagged by renowned scientific researcher Dr. Konstantinos E. Farsalinos. The report, which appeared in EurekaAlert was promptly removed.

According to Dr. Farsalinos, the study was deemed erroneous for several reasons.

This is the eighth in the 9 regulatory steps required to deem whether the tobacco products are under the FDA’s jurisdiction.  E-cigarettes have been included in the category of tobacco products since they can contain nicotine which is derived from tobacco leaves.

If approved, nine regulations that already apply to tobacco cigarettes will also apply to e-cigarettes. Of particular concern to the electronic cigarette industry is the requirement that all manufacturers of e-cigarettes not on the market as of  Feb. 15, 2007, submit a premarket tobacco application (PMTA) to the FDA within 24 months following the effective date of the final deeming regulations. Any “harmful and potentially harmful constituents” in all products (all e-cigarettes and vaporizers) must be reported.  The FDA will then decide whether the product may be sold.

This would require thousands of new products introduced to the market over the past 8 years to have a PMTA application filed for each and every piece of merchandise. (SKU)

The Wall Street Journal estimated a single PMTA application could cost a manufacturer between $2 million and $10 million per SKU. 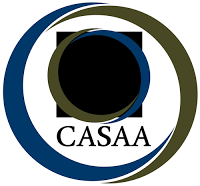 According to CASAA (casaa.org) those costs are beyond the means of most e-cigarette companies. 99.9% of the vapor products currently on the market will be gone within two to four years.

CASAA urged e-cigarette supporters to call the White House to protest the regulations. Tens of thousands of harm reduction advocates responded; in fact, the lines were so busy, many were unable to get through.

ECigarette News publishes regular posts about the vapor industry including ecig reviews and news about products, regulations and safety testing.  Subscribe to our NewsVaper or follow us on Facebook, Twitter and Google+ and never miss an important story or a great ecig giveaway.