Is the New E-Cigarette Lounge at Heathrow Airport Good News for Vapers? 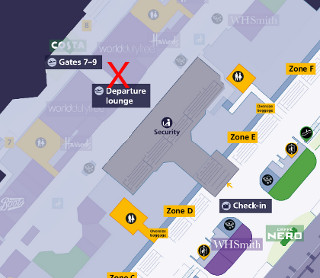 The Vaping Lounge was near the Duty Free Shops

After visiting the Heathrow Airport website, it appears that the vaping lounge has vanished. If any of you have visited Heathrow lately, please leave a comment, so we can properly report this update. Thanks!

History of the Heathrow Vaping Lounge

On November 25th of 2013 Heathrow Airport in London opened the first electronic cigarette Vaping Lounge in the International Departures Lounge at Terminal 4. Was this good news for vapers who travel?

On-line newspapers including FoxNews said “yes”. Since Heathrow’s airport regulations no longer permit smoking lounges, (smokers must still go outside), the world's first Vaping Lounge was seen as a haven for those who choose to vape.

At only 30-square-meters (325-square-feet) and a good walk away from many of Heathrow's terminals, the lounge was hardly convenient. Restricted to those 18 and over, the vaping lounge was only open from 5:00 a.m. to 10:30 p.m. daily.

Unlike second-hand cigarette smoke, which has been proven to be dangerous to humans, second-hand e-cigarette vapor has been shown to be quite benign. Recent scientific tests show second-hand vapor poses no apparent risk to human health.

We believe vapers should be permitted to vape anywhere they choose including airport terminals and even onboard an airplane, although that's less likely to happen anytime soon.

The E-Cigarette Industry is Growing

It is currently estimated that there are over 50 million vapers in the England alone. Unfortunately, until the science catches up with the moral crusade, vapers will continue to be ostracized, and forced to use inconvenient facilities. They will; however, continue to fight for the right to vape, and their numbers will continue to grow exponentially.

You May Also Enjoy..

Vape Friendly Airports that Permit the Use of E Cigarettes