E-Juices That May Break Plastic Tanks

Your 2015 Love Horoscope by Percy

Why the Tobacco Industry Sells E-Cigarettes

Is Big Tobacco Really In the ECig Business for Profit? 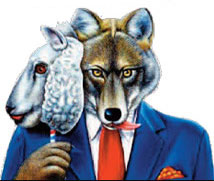 The tobacco industry is heavily invested in e-cigarettes. The Vuse ecigs are produced by Reynolds American, the maker of Camel cigarettes.

Philip Morris International split from Altria some years ago, but now, according to the New York Times, the two tobacco giants are in talks to merge again.

In 2019, Kevin Burns, the CEO of Juul Labs, was replaced by K.C. Crosswaithe, a top executive from Altria.

We've seen Altria buy up other vape companies in the past. When Green Smoke reigned as the best selling cig-alike, Altria bought them out and closed the company. The problem was that ecig styles were evolving. Newer, more satisfying vape pens and vaporizers were coming on the market, but Green Smoke never provided customers with these superior products. It's interesting to note that the buyout also happened in December of 2018 the same month that Altra took a stake in JUUL.

The Current State of the Tobacco Market

The tobacco industry is now well aware that pod vapes like JUUL are under scrutiny for selling to minors, but they will survive. JUUL has already removed several of their flavored pods.

According to Jidong Huang, an associate health policy professor at Georgia State University, who specializes in tobacco economics,

“At least in the short run this is going to be a negative for the e-cigarette industry,” Huang says. “There's definitely opportunities for the tobacco industry to take advantage of those recent events to either change the market or change their focus….This panic is likely to change the risk perception of electronic cigarettes”.

The tobacco giants only stand to gain from the panic.

Dr. Michael B. Siegel, a tobacco control specialist at the Boston University School of Public Health, said the FDA proposal appears to be a victory for Big Tobacco.

“Smaller players in the industry could be driven out of business because of the cost of earning FDA approval for new or existing products, which would have two years to win the FDA stamp or be removed from shelves. That could check the growth of e-cigarettes, fueled in part by variety, and drive sales toward the three tobacco industry giants, which have invested in developing their own e-cigarettes or acquiring existing lines, and which would be better able to afford the application process.”

Critical Mass to the Rescue

While the big boys lobby to save their shirts and the FDA drags its feet, the private e-cigarette industry continues to grow exponentially.

CASAA – The Consumer Advocates for Smoke-free Alternatives Association has made it easy for all vapers to contact their state representatives and senators to request they vote for fair regulations that focus on quality e-cigarette production and age restrictions and less on costly, unreasonable new product filings that will stifle ecig innovation.

Smokers who have tried pharmaceutical nicotine replacement products and failed, continue to be attracted to vaping; the smoking alternative more doctors are recommending; one that offers the physical sensation of smoking without the tobacco combustion, tobacco smoke, flame or toxins of tobacco cigarettes.

The End of the Tobacco Industry?

The Chairman of the Tobacco Control Task Force, Dr. Joel Nitzkin has said,

“If we get all tobacco smokers to switch from regular cigarettes to electronic cigarettes, we would eventually reduce the US death toll from more than 400,000 a year to less than 4,000, maybe as low as 400.”

E-cigarette use is a consumer phenomenon that has been called a “revolution” against tobacco. It is consumer driven. The tobacco giants know that once ecig use hits critical mass, it will become unstoppable and tobacco smoking may very well become a thing of the past.

Have You Been Disappointed With E-Cigarettes From Convenience Stores and Drug Stores?