With a Name Like PROHIBITED – It’s Got To Be Good 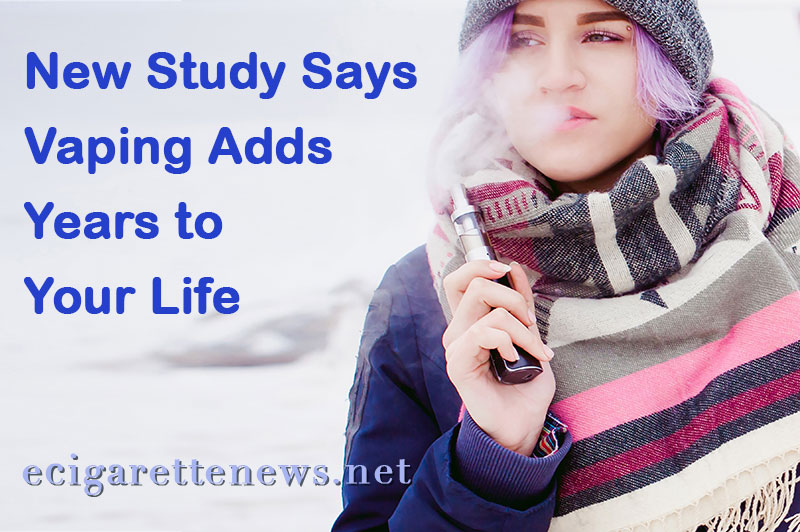 A new tobacco and vaping study published in the journal Public Health Management & Practice shows tobacco smokers can live much longer, healthier lives if they quit smoking and start vaping.

Research conducted by a team led by investigators from Georgetown Lombardi Cancer Center supports a policy that encourages replacing cigarette smoking with vaping.

Levy says there is now proof e-cigarettes save lives. The key is to quit smoking and start vaping.

Even the gloomiest analysis shows a significant gain in years of life if nicotine is obtained from vaping instead of much more deadly amount of toxicants inhaled with cigarette smoke”. In fact, he notes, ”up to 6.6 million cigarette smokers will live substantially longer if cigarette smoking is replaced by vaping over a ten-year period”.

The Georgetown study, published in the journal Public Health Management & Practice indicates that the current strategy for ending the country's tobacco epidemic has not changed since 2014. Those policies include higher cigarette taxes, smoke-free public places, media campaigns, cessation treatment programs and advertising restrictions.

But Are Those Policies Effective?

While those policies have been effective over time — their impact has been relatively slow.

Old policies need to be supplemented with policies that encourage substituting e-cigarettes for the far more deadly cigarettes…Together, these policies as well as regulating the content of cigarettes have the potential to drastically reduce the massive harms from smoking cigarettes.

The new study is the first to model public health outcomes if cigarette smoking was replaced by e-cigarettes.

While the FDA appears to be onboard, they still need to address the definition of “Tobacco Products”.

For Example, the FDA’s Center for Tobacco Products Released a Smoking & Vaping report in August of 2017 Indicating These Facts:

According to the Chart that accompanied the report, (shown below) the use of e-Cigarettes grew dramatically.

Strangely enough, the FDA titled the report “NO SIGNIFICANT OVERALL HIGH SCHOOL TOBACCO USE OVER THE PAST YEARS”.

Why would they do that when the chart clearly shows a direct relationship between vaping and quitting traditional tobacco products?!

According to Dr. Michael Siegel, Professor in the Department of Community Health Sciences at Boston University School of Public Health the FDA chose to twist the facts.

Many feel this is a lethal stumbling block to fair e-cigarette product regulations.

You can read more: Will E-Cigarettes Be Safer When FDA Regulations Take Effect?

What do you think? Please feel free to leave a comment.