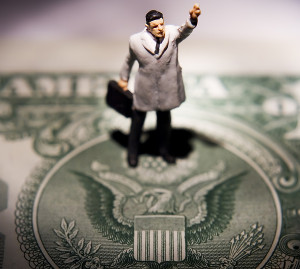 Electronic cigarettes are a consumer product that is currently marketed as an alternative to smoking tobacco cigarettes. The industry is growing exponentially with statistics now indicating there are over 30 million vapers worldwide.

Despite the popularity of ecigarettes and the known fact that they are safer than cigarettes, the industry and vapers endure a constant barrage of attacks from politicians, competitive industries and health organizations.

Many attacks demand strict regulations, bans and vapor product policies that are not evidence based.

The purported reasons for anti-ecig attacks are in essence because e-cigarettes are a relatively new product that has yet to be proven 100% safe to use. Demands and defamations are most often based on conjecture, fear and reports that yield scientifically invalid conclusions.

Vapor Advocacy to the Rescue

I admire and salute Vaping Advocate Groups who continue the fight for fair e-cigarette and vaping product regulations and practices and ECigarette News is happy to list and define the Most Active Non-Profit Associations and Core Groups in Vaping Advocacy.

CASAA has been one of the most powerful, effective non-profit vaper consumer advocate groups in the United States and has been in operation since 2009.  CASAA is not a “trade” association. As of March 2019, CASAA has more than 250,000 registered members. The organization maintains unrivaled transparency and has a proven track record of successful campaigns.

SFATA is also an e-cigarette industry advocacy group that works with regulatory and health agencies to reinforce the distinctions between vapor products and tobacco products.

The association is pro-active promoting the potential positive long-term effects of vapor products on the public.

– Presented on behalf of the industry at nine different events worldwide

– Rolled out Age to Vape™, the first ever age verification program designed specifically for the vapor industry, with over 220 participating vendors to date.

Part II was sent out to members on June 19th, relating to the litigation aspects of the AAP et al VS FDA lawsuit.

To read about what SFATA is doing to tackle this industry pressing issue, please follow the link below.

Complexities at the Federal Level

An all-volunteer trade association, AEMSA is dedicated to creating “responsible and sustainable standards for the safe manufacturing of e-liquids.” The organization promotes safety and responsibility through self-regulation and independent laboratory eliquid testing.

AVA – American Vaping Association. This non-profit organization advocates for small and medium-sized businesses in the vaping and electronic cigarette industry. AVA educates the public and government officials about the financial and public health benefits of e-cigarettes and other vapor products that are inhaled.

The AVA’s president, Gregory Conley, is a consummate ecig advocate who attends hearings in state houses and local council chambers across the U.S., meeting with legislators to prevent passage of unfair vaping laws.

On Beyond FDA Rulings

The above mentioned associations and core groups are dedicated to vapers and to keeping vaping safe and legal. Even after the FDA hands down regulations on e-cigarettes, they will continue their efforts; meeting with legislators, public relations experts, scientists, and medical professionals to advocate fair legislation and to protect the rights and health of vapers.