Happy New Year! Here's How to Make This Year Better Than Last Year 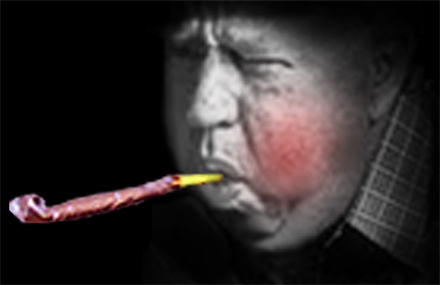 Don’t you love New Year’s Resolutions? They’re just like Christmas presents — you love ‘em for about a month and then toss it in a bottom drawer, (or file them into a remote part of your brain).

It’s a shame really, because the thrill of succeeding at a noble New Year’s Resolution is incredibly rewarding. If you think I’m hinting at quitting smoking, you're right; I'm hinting.

Still, we do know how you can blow in the New Year without coughing your guts up. If you start vaping, You won't cough it up at the cash register either.

Here Are Some Signs That You Need to Find a Good Smoking Alternative:

1- Your New Year’s Eve party blower won’t extend fully when you blow into it.

2- Your love machine won’t extend fully when you try to have wild sex on New Year’s Eve.

Check out: Does Smoking Affect for Libido?

3- Everyone knows you’re up in the morning because they recognize your signature cough.

5- Your insurance bills are almost twice that of a non-smoker.

6- You notice a small burn hole on the leg of your tuxedo.

7- You’ve become a nasty statistic. They may be blowing smoke, but spokespersons for the Campaign for Tobacco-Free Kids claim that smokers cost the economy $97.6 billion last year in lost productivity which is why employers find ways to fire them.

I hope I haven’t bummed you out too much telling you stuff you probably already know, but the bright side is that choosing a smoking alternative has never been easier or more satisfying.

Vaping E-cigarettes is the first smoking alternative where ex-smokers can enjoy the psychological and physical sensation of smoking, with none of the smoke, flame, ash, smell or 4000+ toxic ingredients found in tobacco cigarettes.

So how do you blow in the New Year without coughing your guts up?

Put away your cigarettes and start vaping!  E-Cigarettes are better than ever now that the best companies are serious about e-liquid purity, and uber-high safety standards.

So commit yourself to a smoke-free environment. Give e-cigarettes a try and enjoy blowing in the New Year. You may be surprised to find that this New Year’s Resolution is the one that really succeeds.