Evidence Shows E-Cigarettes Are Not as Harmful as Smoking Tobacco 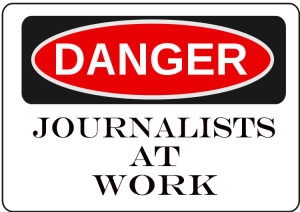 2016 began with a bang and a noble victory for the vaping community when e-cigarette supporters and medical professionals attacked the year’s first anti-vaping report published by the journal of Oral Oncology.

While this study concluded that e-cigarettes were really no better than smoking regular cigarettes, tests result, when analyzed by independent medical professionals actually show that vaping is not as harmful as smoking. Neither is there evidence that it will cause cancer.

The research team, specializing in head and neck cancer, attempted to prove that vaping was harmful and no safer than smoking. Researchers submerged human cells in full-strength e-liquid for 8 weeks; topping up the e-liquid every three days.

The tests were conducted in Petri dishes (in vitro) which according to medical professionals cannot replicate the human environment or “real world” conditions.

Nevertheless, at the end of the treatment period, the team observed that the DNA in the cells experienced “strand break”, and boldly declared this could “set the stage” for cancer.

The assumption is a direct contradiction to the comprehensive review on e-cigarette safety conducted in 2015 by Public Health England which proved that e-cigarettes were significantly safer to users than tobacco cigarettes.

It’s also interesting to note that although testing was completed in August  2015, the journal decided to publish the study Jan 1st – just when smokers resolve to quit smoking tobacco cigarettes.

Professor Linda Bauld, Deputy Director of the UK Centre for Tobacco and Alcohol Studies was one of the first medical professionals to dispute the study.

Read the complete story in The Guardian.

The scientific consensus behind e-cigarettes continues to strengthen this week, with two separate studies – one in England and one in India – confirming that the devices are an effective tool for smokers who want to quit. Meanwhile, other researchers found that despite previous alarmist claims, e-cig vapor causes no detectable damage to lung cells and is believed to be far less harmful than smoking cigarettes.