What is the Top E-Cigarette Producer? Respected Analyst Bonnie Herzog at Wells Fargo Confirms the Winner

Is Vaping Bad for Your Teeth?

Most smokers are aware that smoking is bad for their health. The increased chances of developing heart disease and lung cancer are well documented. Asthma, COPD and strokes are just some other problems smokers are more likely to be afflicted by. Add in dental problems such as bad breath, yellow teeth, gum disease and even tooth loss, and the picture isn’t remotely pretty.

The Question Here Is – Does Vaping Pose the Same Level of Threat to Health?

The short answer is no, although there are people out there who would struggle to believe that. In many cases this is simply because they are unaware of, or don’t understand the differences between smoking cigarettes and vaping.

As e-cigarettes emerged into the mainstream market several moral panics were hot on their heels. Concerns about youngsters taking up the habit, or the unknown health risks to both users, and those around them, stirred emotions, and at times made a villain out of vaping.

As time passes, new evidence has challenged early concerns, so vaping has become more acceptable. Even members of the medical profession, recognize its benefits in particular situations.

Based on what is known right now about vaping, it is fair to say that it poses nothing like the health risk of smoking cigarettes. However, can we really claim it is not bad for your teeth? Let’s look at the evidence.

The Fundamental Differences Between Smoking and Vaping 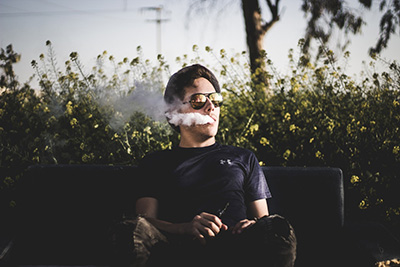 Smoking produces smoke, and vaping creates vapor, formed from warming a liquid known as ‘e-juice’ or ‘e-liquid’.  The liquid used contains no added chemicals or tobacco, and the device used runs on power supplied by a battery. Cigarettes, on the other hand, need to be ignited before burning and they produce direct heat fuelled by fire. They also include thousands of chemicals, tobacco, tar and noxious smoke.

How Do Cigarettes Affect Oral Health?

Yellowing teeth, bad breath, and build-ups of plaque are much more than simple nuisances which impact your confidence when you smile or speak. In fact, they are important signals that something is wrong inside your mouth.

Your once white teeth, now re-painted in a stunning shade of ‘tar sludge’. The color can be sealed in by the heat produced by a burning tobacco stick. This may be more of a cosmetic concern.

Unfortunately though, the ‘dirty ashtray’ breath, dry mouth and excess tartar are symptoms of bad bacteria being present. This, in turn can lead to gum disease, tooth loss, and even heart disease. It can also slow down the natural repair process of damaged wounds and tissue. 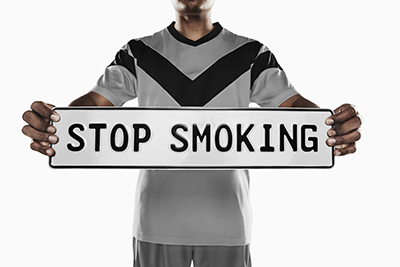 Vaping, on the other hand, doesn’t appear to cause problems like unpleasant breath or stained teeth, but there is the presence of nicotine to consider.

How Harmful is Nicotine to Your Teeth?

A popular pro-vape strategy involves the poisons and chemicals a regular cigarette contains. The much simpler e-liquids, are chemical free. However, most e-juice does contain nicotine, in levels ranging from very low to high. It would be naive to assume that nicotine has few negative effects on our body, so is it possible that vaping still poses a danger to the health of our teeth?

Fillings and root canals are unpleasant, but the biggest threat to teeth is gum disease. This is responsible for pain, infections and tooth loss, so keeping your gums healthy and happy should be a priority.

Nicotine is known to reduce blood flow, which in turn means fewer nutrients reach the gums, making it harder for the mouth to self-clean and kill harmful bacteria. Overall, it seems likely that however you consume it, nicotine increases the chance of developing gum problems.

Still, it’s fairer to say that while nicotine inhalation does carry a risk, it can be managed, making it a much lower one faced by smokers. Anyone who chooses to vape with a zero nicotine e-liquid will remove the problem entirely.

Is Nicotine Really as Bad as They Say?

Vaping delivers much less nicotine than a cigarette with each inhalation, which is a nice advantage, but beware of being complacent. Any amount of nicotine can cause a problem, so even though the risk is much lower, it is important to be proactive with your oral health care practices. This means:

The answer to the initial question of whether vaping is bad for your teeth is not as clear-cut as people on either side of the debate may wish to have you believe.

Overall though, based on the evidence currently available it is fair to say that vaping is much less of a danger to your teeth than smoking cigarettes, In some cases, (say when using 0% nicotine e-liquids), it causes no obvious problems. So while inhaling nicotine does carry some potential for damage, the effects of this can be minimized greatly with little effort.

Kim Bryce is a contributing author at EcigaretteNews. She calls herself a born vaper, on a journey to educate others about vaping. She is also a contributor to Smoke Guru.